Periodically I will be sharing extracts from my fictional novel published by Hornbill Publishing that is now available from Amazon.

Introducing Dr Yin, one of the chief protagonists of the story.

To set the scene, British tourist Bill is ill in a Siem Reap hotel bed with chronic food-poisoning and Dr Yin has been summoned by the hotel to treat him. Bill’s concerned wife Rachel is there to greet the medic.

‘Ten minutes ahead of cue there was a knock at the door and Rachel welcomed Dr Yin in.

Yin bowed slightly upon crossing the threshold in a contrived show of deference.

Rachel clasped his limply held out hand and shook it, noticing immediately a lack of rings on either highly manicured hand.

She immediately sprung to the conclusion that he was gay, not that it mattered a jot to her. She had categorised homosexual men into two categories, those that liked women and those that were bitches, as well as one common factor, that they were all good at what they did.

This instantly assured her even further that all would be well.

“Soooo, what is problem?”

Rachel explained in detail as Bill lay groaning on his saturated bed, this despite the fact that Rachel had changed the sheets three times already.

“Oooh,” exclaimed the good doctor in such a way that his effeminate demeanour was confirmed. Even Bill in his uncomfortable state picked up on that.

Bill was then asked to repeat all of the symptoms already accurately described by Rachel, who immediately thought, “Bitch!”

Dr Yin produced a small plastic pot from within his white coat with all the flourish of an experienced conjuror.

“You give sample? Just put under anus.”

“Thanks for that gem,” thought Bill as he replied that he would try.

The effort it took him to get out of bed almost produced an instant specimen, but Bill managed to clench long enough to reach the haven of the bathroom.

Dr Yin turned to Rachel. “I look after him, he OK twenty-four hour. Two day ago, I treat big Australian man. He crying with pain. Today he visit temple.”

Bill did the business with surprising accuracy. He even had the presence of mind to wipe the pot just in case and place it into a plastic bag that had previously contained a disposable beaker.

“Oooh, thank you. I take to laboratory right away.”

“I give you intravenous drip, saline and glucose. You agree?”

Bill looked at Rachel. This spooked him somewhat. He had never been on a drip in his life, not even when he smashed his ankle as a teenager. This somehow made it all seem much more serious and he was not sure what to say. He was however in no state to disagree.

His expression implored Rachel to answer for him.

“Why does he need a drip, he has been taking rehydration salts?”

“He very dehydrated. That why he have fever.”

Yin’s expression said, “Stupid woman” and was interpreted once more as “Bitch!” by Rachel.

Bill reluctantly agreed. He was a little disconcerted when he saw that Dr Yin was already prepared with a fold up drip frame on wheels and several bags of liquid. It struck him as all a little presumptuous, though in equal measure well prepared.

Before he knew it, his drip virginity was lost forever; with the liquid disappearing rapidly such was his dire need for hydration. He now felt like a proper casualty. He and Rachel were both given instruction on how to turn the drip off once the newly attached second bag’s contents were spent, which would occur whilst Yin was at the lab.

“What a snake and a bitch,” exclaimed Rachel once she was convinced the doctor was out of earshot. “He at least seems to know what he is doing though I suppose?”

Dr Yin knew exactly what he was doing. He was making a damned good living, that’s what.

He returned thirty minutes later. “You have, how you say, amoeba. Parasite. You get from contaminate food”

“Tell me something I don’t know,” thought Bill. He had already narrowed the likely cause as those sunset sips of tea. The water had been boiled, but the cup must have been infected in some way.

“I give you pills. You good tomorrow. Three day ago, I see big Australian. He crying with pain. Yesterday he visit temple.”

Rachel noticed the inconsistency with the story but thought little of it.‘

There is a lot more of the inscrutable Dr Yin in the story as the plot thickens from small time scam to abject terror.

The book is available as a paperback or e-book from Amazon. Click ‘Drip by Drip’ for details. 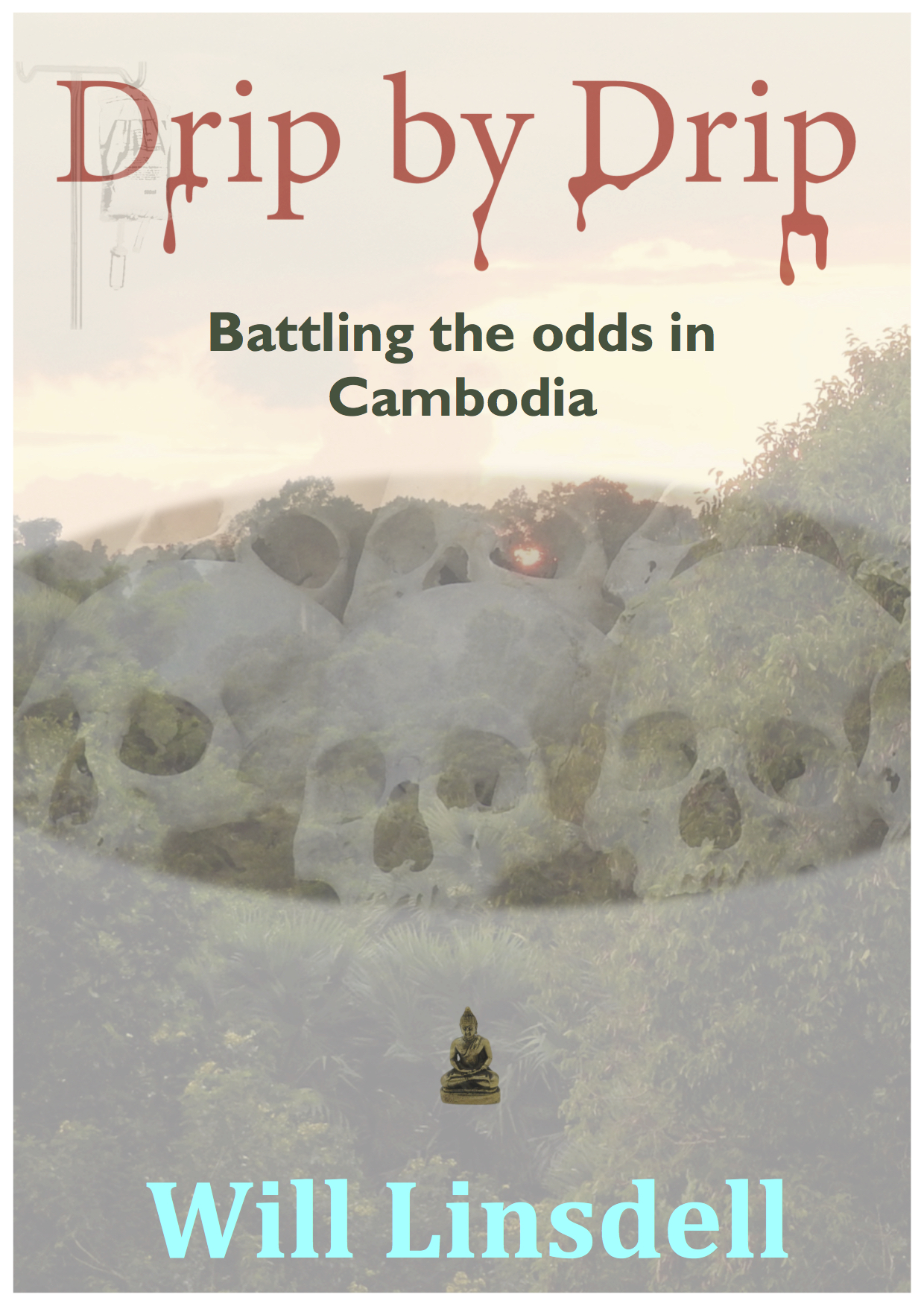 Travelling By Train Across The Balkans 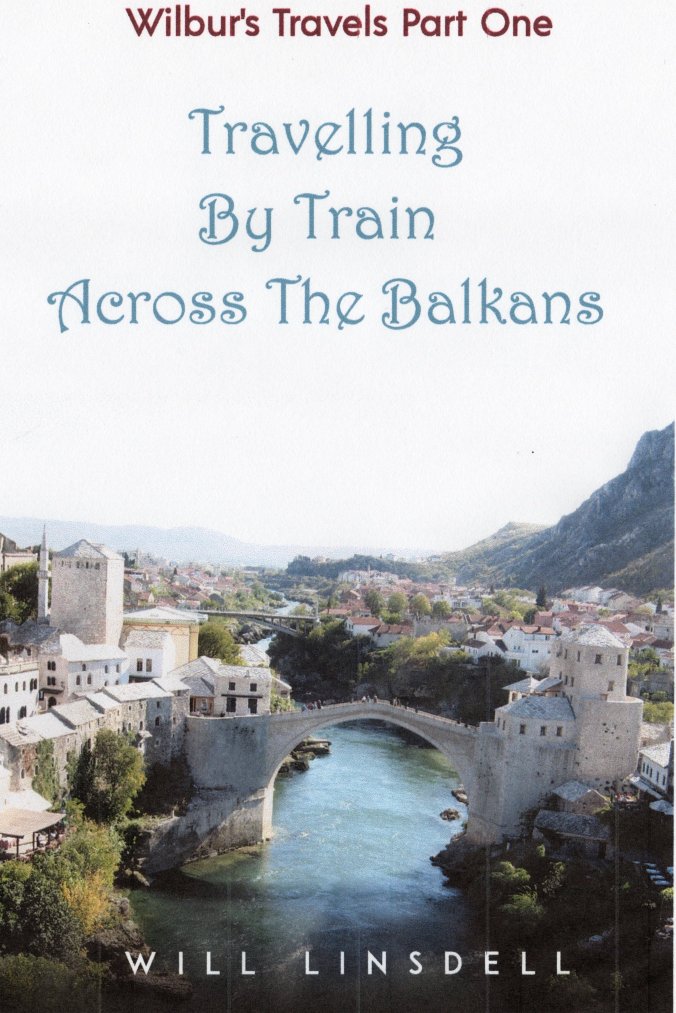 This is How it Feels to be City 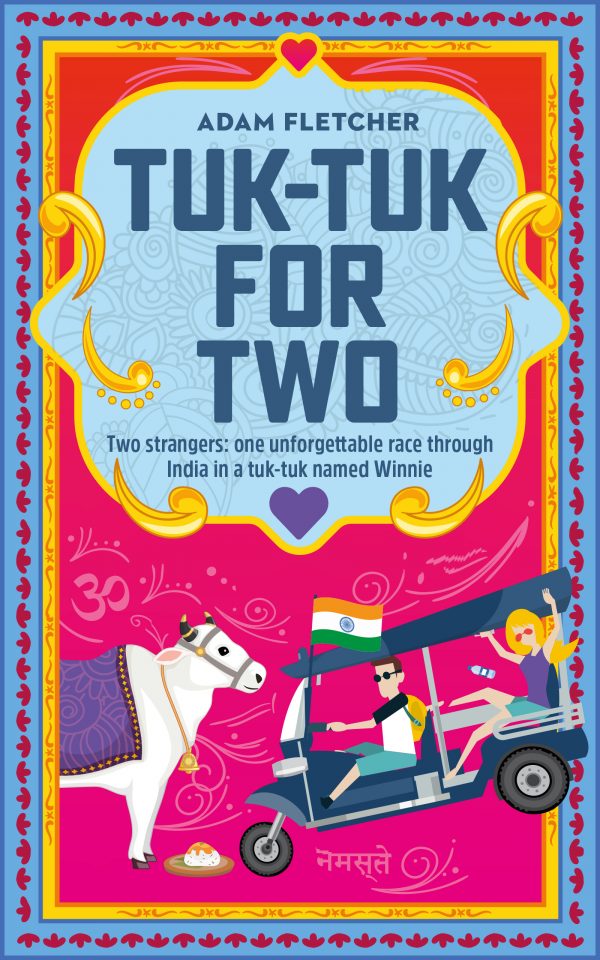